Iodine Facts You Should Know About 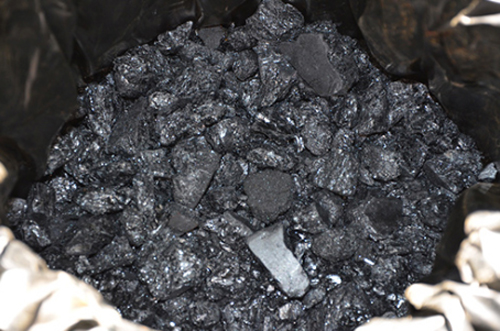 Iodine is a crucial life element that helps in thyroid hormone production in vertebrates and humans. Lack of enough iodine in the body can trigger health problems like intellectual disability, goiter, and cretinism. Iodine is purely a lustrous purple-black nonmetal, which is solid. There are many potassium iodide products you can buy to help increase the production of thyroid hormone in living things.

It is a halogen, which is made up of chemically reactive elements, existing as compounds. Alongside other periodic table halogens such as bromine, astatine, fluorine, and chlorine, iodine can produce salts such as silver bromide, calcium fluoride, sodium chloride, and potassium iodide products. Iodine is the most electropositive and less reactive halogen and loses electrons during chemical reactions to produce positive ions. It has many applications, including making animal feed supplements, pharmaceuticals, catalysts, dyes and inks, disinfectants, and photography chemicals. In the medical area, it is used as a wound-cleansing solution, sterilizing solutions, contrasting internal agents, radiography, and computed tomography.

Sure Facts about Iodine:

The History of Iodine

Iodine was discovered by Bernard Courtois, a French chemist in 1811. He was helping his father create saltpeter, which is a known gunpowder compound. Back then, he was using wood ash in the place of potassium nitrate to make the saltpeter. After the supply of wood ash become less, he started using seaweed to create the saltpeter. He could burn the seaweed and wash the ash using water, after which he added sulfuric acid to remove the remaining waste. Courtois realized after he added the sulfuric acid, a violet gas cloud was generated, which condensed to form violet crystals. By then, he did not know what he had discovered was iodine, but suspected it was a new element. Courtois gave samples to scientists to research it further, and they named it iodine.

Who Knew About Iodine Back Then?

Even after Courtois discovered iodine, no iodized salt was manufactured and sold until 1924. Before the first table salt made of iodine was sold, people living in the ocean or coastal regions could collect lots of iodine. Those in inland experienced iodine-deficiency, which led to more goiter sufferers. After medical specialists realized that there was a connection between goiter and iodine, they tested iodine on animals and discovered that it could treat the ailment.

Iodine is one of the core elements needed in the synthesis of thyroid hormones thyroxine and triiodothyronine T3. The element has three and four elements of iodine in each molecule, which are ideal for controlling utilization and production of body energy. When your body has low contents of iodine, the production of these hormones reduces, leading to goiter or intellectual disability. It is estimated that more than 2 billion people around the world suffer from iodine deficiency, and it remains the leading cause of mental disability in developing countries.

David Marine is the brain behind the discovering of iodine salts. His discovery was triggered by the need to curb the menace of goiter infection, which was quite common back then among dogs and people. He experimented and discovered that iodine had great health benefits in the treatment of goiter.