Brief Guide: Iodine and its Uses 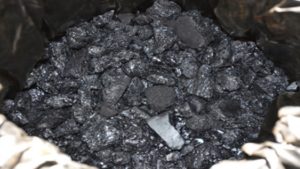 Iodine is an essential element that finds applications in humans and used in the production of foodstuff. Turkmenistan Iodine is a compound that appears as a glittery blue-black substance. Ideally, it is violet in color. Its atomic number is 53 and belongs to the group of elements called halogens. In this category, Iodine is the least reactive.

Turkmenistan Iodine is a useful element to human life, where it is stored in thyroid glands. A deficiency of Iodine in human beings results in a health condition known as goiter, which is characterized by a swelling in the thyroid gland around the neck region. Common salt is usually iodized to provide sufficient Iodine for healthy thyroids. This element also finds application as the main element in many other products, and in most cases, it cannot be substituted.

Iodine is mostly obtained as a byproduct of minerals containing nitrate. These minerals are related to caliche deposits. Iodine is also present in seawater but low concentrations. No known method has been devised for extracting this element from seawater. Specific kinds of seaweed, however, have been found to contain this precious compound, and as such are consumed all over the world

Another source of Iodine is from underground brine. A brine is a collection of water that has several soluble salts and ions. These brines are mostly found in places with underground gas and oil deposits.

Several countries are currently producing Iodine, with Chile, the USA, and Japan being the leading producers. Around 60 percent of this commodity is produced in Chile, Japan comes second with 20 percent, followed by the USA at 5 percent. The remaining percentage is shared among six other Iodine producing countries. Generally, Iodine is a limited commodity with a demand that never matches the supply.

Iodine is a highly reactive element that has several applications in the medical and industrial sectors. It is of great importance to the human body, and for this reason, it is consumed daily in the form of table salt. Because of its high affinity for absorbing X-rays, it is used in the production of diagnostic contrast material.

In some cases, Iodine is used by crop protection and pharmaceutical experts as a substituent. One of the essential characteristics of Iodine is the fact that it contains antibiotic properties, making it a suitable constituent in the production of disinfectants and bactericides.

Iodine is a compound that is in very high demand because of its diverse uses. This demand has been on the rise as new applications are being invented by the day. At the moment, the global annual market for this product is over 32,000 metric tons, which indicates a growth of about 6 percent from the previous years. Despite the high demand, supply remains highly controlled, and this means that the changes in prices are always in an upward trend.

A replacement for Iodine is yet to be discovered. There is no existing compound that can be used in place of Iodine in the production of salt, or even in the pharmaceutical industry. Some applications can, however, be achieved by using different elements. Chlorine and Bromine, for example, can be used to produce disinfectants and ink pigments, respectively.